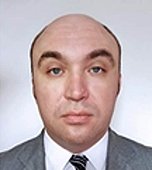 Russia has the largest icebreaking fleet in the world: 41 icebreakers of various classes and types. In addition, Russia is the sole owner of nuclear icebreakers in the world. All this allows us to solve a wide range of economic, scientific, military and other tasks in a number of regions with a harsh climate.

In fact, the Russian icebreaking fleet needs the systematic construction of new modern ships to gradually replace the existing ones. Appropriate measures have already been taken in the field of nuclear shipbuilding. In addition to four nuclear-powered icebreakers, three are under construction, and the same number of vessels will be laid down in the foreseeable future.

Similar measures are being taken in the field of non-nuclear icebreakers, but the most promising project 22600 is constantly faced with various types of problems. Because of them, the world’s largest diesel-electric icebreaker Viktor Chernomyrdin (contract price 11 billion rubles) has not yet been transferred to the customer.

In 2017, the multi-purpose patrol icebreaker Ilya Muromets was commissioned. Its task is to escort ships, provide assistance and, if necessary, participate in hostilities.

Ilya Muromets – a single-deck multipurpose vessel of project 21180, designed to base and deploy naval forces in ice conditions, was laid down on April 23, 2015 at the Admiralty Shipyards. Launched on June 10, 2016. Its main feature is advanced functionality with a rather modest size. This one-deck ship has the capabilities of a sea tugboat, an icebreaker and a patrol ship. In addition, a modern hydrographic complex is installed on it, which allows the vessel to participate in the mapping of the seabed and conduct research work during the spring-summer season.

This vessel has ice class 6 of the Russian Maritime Register of Shipping (that is, it has restrictions on independent navigation along the Northern Sea Route during the winter-spring navigation period) and can transport the vessel on solid ice up to 0.9 m thick.

The conditions of the Russian Maritime Register of Shipping for self-navigation of ships on ice show that only ships and vessels meeting the Arc7 ice class parameters can operate safely during summer and autumn navigation in all the seas of the Northern Sea Route.

The shipbuilding company Almaz is building a modernized “lightweight” version, which received the project No. 21180M and the name “Evpatiy Kolovrat”. It is known that its length will be about 80 meters, and displacement – about 4000 tons. According to some reports, an order for a second such vessel may appear in the future.

However, the high cost and low technical characteristics of this vessel (primarily the lack of powerful weapons and the inability to constantly place a helicopter on board) prompted the Russian Ministry of Defense and shipbuilders to consider other options. This led to the development of project 23550, the first of the ships of the project was laid in 2017 and launched in 2019.

On October 25, 2019, the ice class patrol ship Ivan Papanin (Icebreaker 7 of the Russian Maritime Register of Shipping) was launched at the Admiralty Shipyards. It is intended for the protection of the Arctic zone, escorting and towing detained vessels to the port, escorting and supporting auxiliary vessels. In addition, it is capable of hitting sea, coastal and air targets and can cross ice about 1.7 m thick, including to escort other Navy ships or auxiliary vessels. Designed by the Central Marine Design Bureau Diamond. On November 27, the second ship of project 23550 named after Nikolai Zubov was laid down at the Admiralty Shipyards.

The armament of these ships is represented by: two patrol combat boats of project 03160 (Raptor), which are designed to pursue violators of maritime borders and boarding operations, for which 47 people can be accommodated on board the ship; Ka-27 “Kamov” military anti-ship helicopter; one hovercraft (Manul project); 100-mm universal artillery mount A-190; AK-176 sea gun (installed in a closed tower), designed to engage targets of sea, coast and air-based (including low-flying anti-ship missiles). According to Russian media, it has higher characteristics than its previous versions; two missile systems (8 launch containers) Club-K, designed to destroy sea surface and ground targets at ranges up to 300 kilometers. It is a modification of the Caliber missile system. It is capable of launching missiles at very low altitudes, which makes it difficult to detect them with radars. Previously, icebreaking ships never had a similar set of weapons.

The deployment of Club-K (Caliber) missile systems in modern conditions is advisable on maneuvering ships of small (up to 10,000–12,000 tons) displacement, the single loss of which in the event of military operations will not lead to significant military and economic damage. The Modernization of such vessels, if necessary, is carried out in a short time. This category includes icebreakers LK-16 of projects 21900 (Moscow and St. Petersburg), put into operation in 2008 and 2009, Baltic Shipyard – Shipbuilding and 21900M (Vladivostok, Murmansk, Novorossiysk, commissioned in 2015–2016 by Vyborg Shipyard). LK-16 icebreakers with a displacement of 14,000 tons and a capacity of about 16 MW have an ice class of Icebreaker6. There is a helipad. Project icebreaker contract price 21900 (2004) – 5 billion rubles., Project 21900M (2012) – 8 billion rubles. The operator of these icebreakers is Rosmorport, port assigned – The Big Port of St. Petersburg.

The armament of these icebreakers can be completed on the basis of Club-K missile systems with deployment in 20- or 40-foot containers with integrated anti-ship and / or anti-submarine missiles, as it is supposed to counter, including surface and underwater carriers of BGM- cruise missiles 109A (coastal — Land-Attack Missile) or B (anti-ship — Anti-Ship Missile) «Tomahawk».

Military icebreakers are organically complemented by ice class ships. These are the ships of the reinforced ice class Arc5 of the Zvezdochka project 20180 (transferred to the Northern Fleet in 2010, the Belomorsk Naval Base), the auxiliary armament transport of the project 20180TV (20181), Academician Kovalev (became part of the Pacific Fleet, Vilyuchinsk, in December 2016), the project 20183 Akademik Aleksandrov (rescue tug), was put into operation in 2017. The ship of the project 20183 TV Akademik Makeev was laid down (transport of weapons, 2015). These ships are being built by the United Shipbuilding Corporation (Zvyozdochka Ship Repair Center). The customer is the Main Directorate for Deep-Water Research of the Ministry of Defense of the Russian Federation. These ships are designed to conduct research on the Arctic shelf, install bottom equipment for various purposes, search and recovery of sunken objects, as well as search and rescue operations.

Ice class ships are also being built for the coast guard of the FSB of the Russian Federation. In the federal target program “The State Border of the Russian Federation (2012–2021)” in the Arctic, 5 objects are planned for construction (initially 9) and 2 have already been implemented. This indicates the most extensive updating of ships and coast guard equipment since Soviet times, including the construction of unique, ice-class ships, which have no analogues in the world. Most of all, border guards feel the need for ships to protect the exclusive economic zone and the continental shelf of Russia, including in the Arctic, which is why Arc4 ice class ships are being built. Two vessels are already in service. These are border patrol ships of the 1st rank of project 22100 Ocean – Polar Star and Petropavlovsk-Kamchatsky of the Zelenodolsk Plant named after A.M. Gorky. The third ship Anadyr has already been launched, is currently under construction. The conclusion of contracts for the two remaining ships of the series was postponed to 2020. The construction of each ship costs 8.66 billion rubles (in 2015 prices).

The expansion of economic maritime activities in the Arctic means an increase in the mobilization readiness of the Navy in these latitudes, which implies the modernization of icebreaking vessels into icebreakers Icebreaker7 of the RMRS (Russian Maritime Register of Shipping), capable of performing the functions of a corvette, an icebreaker and a tugboat, i.e., a multi-purpose patrol ship.

The formation of the Arctic grouping of ships from dual-purpose ships is logically explainable and economically justified. Therefore, the basis of the Arctic icebreaking group of the Navy will be patrol icebreakers of project 23550. Icebreakers specifically for the Navy have not been built for several decades, but now the situation is changing. Thus, the Navy is rebuilding its own icebreaking fleet, and its vessels are being created taking into account the specifics of military service. The presence of their own icebreakers will reduce the dependence of the Navy on civilian structures, as well as simplify the solution of a number of military tasks.