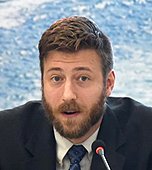 The ROK and the Indo-Pacific Strategy

The U.S. has recently laid out a new strategy to maintain a “free and open” Indo-Pacific. This plan aims to uphold state sovereignty, the peaceful resolution of disputes, and unfettered access to seas and airways across the region. It leverages U.S. military power to deter threats to this regional order by revisionist states, including an increasingly assertive and powerful PRC and a recalcitrant DPRK. This deterrence hinges on U.S. efforts to a) fortify its traditional Asian alliances with countries like the ROK, Australia, and Japan, b) forge new security partnerships in South and Southeast Asia, and c) field more capable forward-deployed forces throughout the region.

The ROK shares many of the U.S.’ interests in an open and peaceful region. First, the ROK would likely be entangled in any significant regional conflict due to its geographic locale and alliance ties with the U.S. Second, the U.S.’ ability to reliably support the ROK in the event of a conflict with the DPRK hinges on the U.S. being able to operate freely in seas and airways of the West Pacific. Third, the ROK’s economy depends on free and open access to maritime shipping; the bulk of the ROK’s energy is imported, traversing sea lanes flowing from through the Indian Ocean and South China Sea. Fourth, the ROK values the same principles and norms underlying the regional status quo, including sovereignty and the peaceful resolution of disputes. Given these interests, the ROK must consider working with the U.S. and other partners to deter potential threats to a free and open Indo-Pacific

Of course, the ROK is already a contributor to regional security. The ROK deters and contains the DPRK, limiting its ability to threaten the broader Indo-Pacific region. It has also stepped up its economic and diplomatic collaboration with the U.S.’ Indo-Pacific strategy, finding synergies between its New South Policy and U.S. maritime capacity-building efforts in Southeast Asia. Furthermore, the ROK recently joined in the multilateral “Quad Plus” dialogue to address the threat of COVID-19 in the Indo-Pacific. The ROKN also plays a crucial role in counter-piracy in the Indian Ocean through the 27th Chenghae Naval Task Unit. But given the increasingly significant threats to regional security and openness, the ROK should seek to step up its military support for a free and open Indo-Pacific region.

First, the ROK should continue bolstering its blue-water naval capabilities in order to augment its capacity to contribute to deterrence throughout the Indo-Pacific region. The ROKN’s planned development of an LPX-II carrier capable of launching STOVL aircraft, including the F-35B, is an essential step in this direction. Similarly, its acquisition of KDX-III destroyers and KSS-III attack submarines will enhance the ability of the ROKN to contribute to operations far from Korean shores. The ROKN should continue to look into other improvements. Developing nuclear propulsion for the next batch of KSS-III submarines, for example, would further fortify the ROKN’s ability to project power. Developing stronger relations with key littoral states in South and Southeast Asia like Vietnam and India could facilitate a “places not bases” approach to sustaining ROKN blue-water operations. Regular ROKN exercises and training in the Indian Ocean and South China Sea would simultaneously demonstrate and improve the ROKN’s ability to operate in blue-water environs. These measures would all enhance the ROK’s ability to deter challenges to a free and open Indo-Pacific region independently.

Second, the ROK should strengthen its coordination with the U.S. through the ROK-US alliance to jointly secure the Indo-Pacific. The time is ripe for the allies to create a regular high-level dialogue focused exclusively on how the ROK-US alliance could respond to a range of circumstances and contingencies. At the same time, the allies would both benefit from conducting bilateral military exercises beyond the waters of the East and West Seas to enhance their ability to operate jointly in support of their mutual interests. These exercises could involve a range of relevant operations including ISR, resupply, SLOC protection, minesweeping, amphibious operations, and ASW. Eventually, these steps could even pave the way toward joint US-ROK freedom of navigation operations. As exercises and dialogue bolster the regional focus of the alliance, the ROK and U.S. would also be well-served to emphasize this expanded focus in their diplomacy and public statements.

Finally, the ROK stands to benefit if it works toward the development of a robust multilateral Indo-Pacific security network. Such a network would add much-needed capability and legitimacy to allied efforts to deter threats to the regional status quo. The ROK can build on existing trilateral coordination with the U.S. and Japan, deepening strategic dialogue and intelligence sharing while exploring new opportunities for combined naval operations. The ROK also deserves a permanent seat at the table in the “Quadrilateral Dialogue” established by the U.S., Australia, India, and Japan to discuss shared goals and opportunities for coordination in the Indo-Pacific. These multilateral measures will help dissuade potential challengers from disrupting the regional order.

It is necessary to acknowledge that all of these steps, even the most marginal, will prompt outcry from revisionist states in the region. The PRC hopes to leverage its importance as a ROK economic partner to intimidate the ROK into forgoing a role in support of the regional order. It has already shown that it is willing to leverage its economic influence to interfere with the ROK’s sovereign right to defend itself. But the ROK must look to its long-term strategic interests in a free and open region. It would be unwise to establish a precedent that the PRC is entitled to veto-power over ROK security policy. The ROK has shown it can weather PRC pressure in the past in its deployment of the THAAD system. Australia and Japan, both of which value China as an export market, have also shown that it is possible to back the U.S. Indo-Pacific strategy despite Chinese resistance. Overall, the ROK can and should explore ways of bolstering its support for a free and open Indo-Pacific.

Erik French is Director & Assistant Professor of International Studies at the State University of New York at Brockport. He received his Ph.D. in political science from Syracuse University. His work has been published in the Naval War College Review, Strategic Studies Quarterly, and Asia Policy. He can be contacted at efrench@brockport.edu.