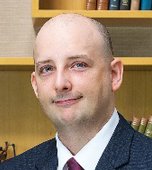 Naval Power in the Age of Technological Uncertainty

In 1863, Sir Edward J. Reed became the Chief Constructor of the Royal Navy, which made him personally responsible for designing the next generation of British warships and safeguarding his country’s maritime hegemony. This was a difficult task for the thirty-three-year-old naval architect, particularly as the First Industrial Revolution was rapidly transforming British society around him. Indeed, Sir Reed was forced to navigate a period of profound technological uncertainty, where fierce debates surrounded even basic questions such as the relative merits of broadside arrangements of a ship’s armament versus turrets, battering versus punching ammunition, ramming versus guns, wood versus iron, the threat posed by torpedoes, and even what kinds of rams were best. Writing a few years after his appointment, he lamented that “the spirt of invention is setting at naught all past systems of ocean warfare, and mocking every trace and tradition of the times when we won our naval renown” (Reed, 1869: vi).

Today we are entering a period of technological uncertainty even more profound than that faced by Sir Reed. Known variously as the Fourth Industrial Revolution (4IR), digital transformation, or digital convergence, this era is characterized by the proliferation of new digital technologies designed to collect, process, and distribute real-time digital data to decision-makers, who may not be human (Connolly, 2021: 141-67). Although today’s search for real-time organizational decision-making is similar to the core aspirations of the Revolution in Military Affairs (RMA) in the 1990s, the Fourth Industrial Revolution is more disruptive because these technologies are cheaper, more widely distributed across the international system, and continuously improving. Already celebrated for altering what it means to be human, this technological revolution, especially machine autonomy, is also radically changing the form and function of naval platforms and deeply complicating how we conceptualize and measure sea power. Specifically, this contribution will briefly discuss the emergence of swarm warfare and the two faces of uncertainty that it creates.

In retrospect, post-WW2 naval design was remarkable for its overall stability, with improvements in propulsion, sensors and weaponry making ships progressively more capable but not radically changing how they fought or operated. For example, the aircraft carrier USS Nimitz, commissioned in 1975, is still in active service, a remarkable figure that will soon surpass the longevity of the HMS Victory, Lord Nelson’s flagship, which was decommissioned in 1812 after forty-seven years of service. However, the longevity of individual platforms in contemporary navies conceals a more profound revolution in the networking and interoperability of multiple platforms. Put another way, the real revolution does not lay in the platforms themselves, but the connections between them, a phenomenon known as the rise of swarm warfare.

As far back as 2000, the word swarming was used by Arquilla and Ronfeldt (2000) to describe how improvements in information technology were enabling small pods of distributed sensors and shooters to overwhelm a larger adversary with multidirectional precision fires. In fact, the Soviet Union arguably pioneered this approach during the Cold War when they theorized simultaneous air-sea-land attacks by individually inferior platforms to neutralize US carrier groups (Yoshihara, 2014: 126). Indeed, the emergence of anti-access and area denial systems (A2/AD) in the late Cold War and early Post-Cold War era are best understood as first-generation swarm warfare. Broadly similar to Soviet-style swarm tactics, the A2/AD systems created by Russia, China, Iran, and to a lesser degree North Korea, have become progressively more dangerous as advanced sensors and precision strike capabilities have proliferated. As a result, second-generation swarms are emerging today as Western navies leverage recent advances in machine autonomy to defeat the A2/AD threat. This is exemplified by the US Navy’s recently released Unmanned Campaign Framework as well as Australia’s RAS-AI Strategy 2040, both of which argue that their navies must become more distributed and autonomous to ensure their survivability and lethality in the era of great power competition.

However, the spread of swarm warfare is also accompanied by two major types of uncertainty. First there are outward-facing uncertainties about the true effectiveness of an adversary’s swarm. In contrast to platform-centric approaches of measuring naval power, which counted tonnage or the number of missiles, a swarm’s true effectiveness emerges from its ability to collect, process, and transmit data, a constantly shifting equation which is far harder to measure. This ambiguity is part of the reason for persistent debates in the literature about how well adversary A2/AD systems will be able to detect, fix, and target US task forces as well as broader questions about the survivability of legacy systems such as aircraft carriers (Giles and Boulegue, 2019: 21-36; Kuehn, 2021: 106-18). Thus, few would disagree with Arquilla and Ronfeldt’s (2000: 60) classic claim that “victory in future wars will depend more on who has the best ‘networks’ than on who has the strongest ‘platforms,’” but actually measuring the resilience and processing speed of these rival networks is subject to a much greater margin of error than measuring the capabilities of their platforms. Indeed, the potential for cognitive errors, especially mirror-imaging, has already been discussed in the context of American perspectives of Chinese A2/AD systems (Johnson, 2017: 271-88).

Second are the inward-facing uncertainties about a navy’s own swarms. Can it collect, process, and transmit data from sensors to shooters quicker and more securely than its opponents? On one hand, the growing use of autonomous unmanned ships, submersibles, and aircraft is a logical solution to this challenge because artificial intelligence can collect, process, and act on data faster than the adversary’s human operators. Moreover, unlike the first generation of remotely piloted vehicles, autonomous vehicles will be able to continue to operate in the harsh electromagnetic environment of a peer-versus-peer conflict. They can also be smaller and cheaper than crewed platforms and more expendable because no lives will be lost. Thus, the Chief of the Royal Australian Navy (2020: 2) frankly admits “the race in autonomous warfare has already begun.” Similarly, the US Navy’s Unmanned Campaign Framework (2021: 10) highlights their function as force multipliers and claims that “unmanned Systems are truly disruptive, both for us and our adversaries.”

But on the other hand, the growing use of machine autonomy paradoxically increases the uncertainties inherent in swarm warfare. Especially, questions revolve around the safety and reliability of autonomous systems under combat conditions, particularly their resilience to enemy hacking or jamming as well as the possibility of bugs or system malfunctions. In the short-term, human-machine teaming will help compensate for some of these weaknesses but only temporarily. Faced with opponents who are also automating their swarms, competitive pressures will create an inescapable dilemma: “If one side is willing to hand over decision control to a machine and the other is not, the machines will gain the advantage of speed. Increased velocity comes at the expense of control. With humans out of the loop, small mistakes quickly snowball” (Uber, 2020: 63). As observed by Scharre (2016: 5), the complexity of next-generation autonomous systems and the hostile environments they operate in means that “these risks cannot be eliminated entirely.” Although much of the literature on autonomous warfare focuses on ethical risks (Bartneck, 2021: cpt. 11), the operational and tactical risks of malfunctioning naval swarms in the face of the enemy is arguably much greater. Especially, these swarms are also vulnerable to future advances in electronic or cyberwarfare, which may act as “hidden wild cards” with the power to radically shape the outcome of a clash between peer-competitors (Dalsjö et al., 2019: 77). In short, the swarm is greater than the sum of its parts…but only if it works. Even more problematic, we will not truly know if it works until we try to use it.

Sir Edward Reed’s tenure as Chief Constructor was marked by tumultuous debates over the proper direction of warship design, ultimately leading to his resignation in 1870. Sir Reed and his contemporaries were fortunate that their divergent design philosophies were never tested in the crucible of war, and the ironclad era gradually transitioned into the battleship era in the late nineteenth century where naval power was more standardized and easier to measure. In contrast, the contemporary era of swarm warfare will continue to be marked by high levels of uncertainty. This two-sided uncertainty stems from the high complexity of a nation’s swarms and those of its adversaries, as well as the unintended consequences of their interaction in battle. For analysts and policymakers, this uncertainty is an uncomfortable fact, but it must be acknowledged when attempting to conceptualize and measure naval power in the Indo-Pacific and beyond. To paraphrase Donald Rumsfeld, there are more known unknowns and unknown unknowns surrounding our adversary’s systems and our own systems than ever before. Nevertheless, this inward and outward uncertainty should not paralyze analysts or prevent policymakers from doing their jobs. Sir Reed’s preferred solution to the problem of technical risk is still highly relevant today: scrupulous experimentation of new features, and a refusal to “cling to any type of ship, or any features of naval construction” (Reed, 1869: vi).

Daniel Connolly (danielc@hufs.ac.kr) is Assistant Professor at Hankuk University of Foreign Studies. His research and teaching interests are focused on the history of international relations and the security and political implications of new technologies in the Indo-Pacific.