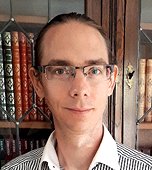 The Role of Naval Diplomacy in the Ukraine Crisis

Ukraine is bordered by Russia (and its Belarussian ally) to the East and NATO/EU countries to the West. It has a substantial maritime façade on the Black Sea, although amputated from the Crimean Peninsula since its 2014 annexation by Russia. Access to global sea lanes of communication is via the Black Sea and the Turkish Straits. The Ukrainian Navy lacks resources and relevant platforms to enforce law and exercise Ukraine’ sovereignty rights; the annexation of Crimea has made it even smaller and more vulnerable to external threats.

Since the 19th century, Russia’s foreign policy has been constrained by a lack of direct access to ‘warm waters’. The control of the Turkish Straits has been a Russian priority during the whole 19th century. Whereas Russia (or even the Soviet Union) has never managed to become a true sea Power despite the development of an ocean-going navy, the annexation of Crimea is nevertheless a continuation of this century-long objective to secure and maintain access to global sea lanes of communication. Russia still considers the Black Sea as its own backyard and regards NATO’s naval presence in the region as a threat.

Since 2014, NATO has supported the independence of Ukraine and the building of its defence capacities whereas Russia has firmly opposed Ukraine’s membership of the Transatlantic Organisation. Whereas NATO’s main objective is the defence of its Eastern European members, Russia seeks the withdrawal of NATO forces from these countries. Relationships have gradually deteriorated, and since 2021, with the prospect of a Russian (full-scale or limited) invasion, NATO countries’ response has had to balance two priorities: to deter/compel Russia and to avoid escalation.

Focusing on the naval dimension of NATO’s response, I explain that naval power is an important asset for NATO in the (current) pre-invasion phase of the crisis. It would also definitely be instrumental in (the unlikely) case of an open war between NATO and Russia. However, its influence in the direct aftermath of a potential Russian invasion will be limited because compelling Russia to back off, helping Ukraine on the ground, and defending the Alliance’s Eastern flank should be achieved while avoiding escalation between NATO and Russia.

So long as Russia has not launched an invasion or initiated a coup, a balance must be stricken between, on the one hand, dissuading Russia from invading, demonstrating commitment to Ukraine’s territorial integrity and to the defence of NATO member states in the region and, on the other hand, refraining from any behaviour or action that might give Russia an ‘excuse’ to invade Ukraine.

With the contested status of the waters off Crimea, the NATO-Russia opposition has a maritime dimension that plays a role in the diplomatic game of coercion. In addition to warfighting and constabulary functions, navies are important actors of defence engagement, and their symbolic power shall not be underestimated. Naval diplomacy consists in using naval assets to de-escalate crises, deter competitors and reassure allies/partners.

Western naval presence in contested waters in support of freedom of navigation and Ukraine’s sovereignty over maritime areas are clear indicators of support to Ukraine. Port calls and ‘showing the flag’ showcase determination and support. This contributes to the building of trust with partners via confidence-building measures, and it sends a clear message to competitors. For example, in June 2021, the UK has demonstrated commitment to freedom of navigation in the region with the transit of HMS Defender through the waters off Crimea. This was all the more important in terms of confidence-building measures with Ukraine that this incident took place in the context of the signing of a UK-Ukraine naval procurement agreement (including new ships, new naval bases and training of personnel). Indeed, maritime capacity building is crucial so that Ukraine can independently exercise sovereignty rights in its waters. Procurement and capacity building are strong confidence-building measures as well as a reminder for Russia that NATO’s presence in Eastern Europe is to be perennial. Naval exercises also play an important symbolic role. In January 2022, at the apex of the current crisis and in the context of political divergences between Germany, France, the UK and the US over the intensity of NATO’s response, naval exercises in the Mediterranean are of uttermost importance in view of demonstrating the Alliance’s solidarity, unity and credibility.

Naval diplomacy has not been influential enough to deter Russia from planning an invasion; it has nonetheless given reassurance to Ukraine of Western commitment to its sovereignty and demonstrated to Russia that the West is somewhat ready to “stand up to bullies” (in the words of the UK Defence Secretary) despite political divergences. That said, with tensions still rising in January 2022, there is always a risk that a small incident at sea might give Russia an ‘excuse’ to launch an invasion. Any Western warship cruising in the vicinity of Russian (claimed) waters must act with uttermost care.

Although diplomatic options are not exhausted and de-escalation is the preferred option, January 2022 has seen an increase in tensions, further Russian military build-ups near the Ukrainian borders, and fears that Russia might attempt to topple the existing Ukrainian leadership. As diplomacy stalls and the prospect of a Russian invasion intensifies, navies, which are flexible and versatile, can swiftly be prepositioned in the Black Sea or Baltic Sea to reinforce the Eastern flank of NATO. On 24 January, NATO confirmed that they were sending more warships to the region. The UK is among NATO members that favour the pre-emptive deployment of further troops in Romania, Bulgaria and Hungary even before an invasion, including warships in the Black Sea.

Prepositioning forces sends the message that NATO will act in ‘some’ ways to help Ukraine in case of an invasion, although ‘how’ remains intentionally vague, since de-escalation is still the priority. As with naval exercises, this contributes to project an image of unity amongst NATO members. This also gives an operational advantage in case forces have to be engaged at a later stage, and prepositioned forces can also be employed in an intelligence gathering role. Russia still wishes for NATO forces to leave the territory of Eastern European members, so prepositioned forces also contribute to reassuring NATO members that have a border with Russia (Baltic States) or Ukraine (in particular Poland and Romania).

If Russia launches an invasion or initiates a political coup, prepositioned naval forces could be engaged. However, it is expected that NATO’s strategy will move towards compelling Russia to back off and assisting Ukrainian forces (to what extent remains an open question) but without risking escalation towards a Russia-NATO war. For example, UK Defence Secretary Ben Wallace warned Russia of “consequences”. But Deputy Prime Minister Dominic Raab made it clear that it is “extremely unlikely” that troops will be sent into Ukraine in the event of a Russian invasion and that the response will focus on “severe economic consequences” for Russia. Limited naval airstrikes would not have the same impact as the deployment of troops on Ukrainian soil, but any direct use of force against Russian assets or personnel would likely lead to an open, or near-open, war, hence the unlikelihood of NATO’s naval forces being used in a warfighting role.

If NATO wants to ‘punish’ Russia forcefully with economic/financial sanctions, it is possible to consider an embargo/blockade (for example in the Baltic or Black Sea). Although this is, on paper, a good option in view of making sanctions more efficient, the risk of direct hostilities with the Russian Navy is very high. Indeed, blockades stand at the boundary between naval diplomacy and an act of war. In other words, if Russia opposes the blockade, then war is to be expected, making this option very risky.

Thus, during a (yet) hypothetical post-invasion phase of the crisis, the influence of naval power will be less instrumental, or at least more challenging. NATO countries will still preposition more forces in defence of the Alliance’s Eastern flank, and perhaps to deliver military assistance to Ukraine by ships (sealift), but not very much more without risking escalation. Still, compared to land forces, naval forces offer the option to deploy powerful military assets in the vicinity of Ukraine but still outside contested territorial waters. This is less likely to create misunderstandings leading to an all-out war and also be more easily accepted by the public opinion in democratic countries compared to sending troops.

In case of an open war between NATO and Russia

In (the very unlikely) case of an open war, there is no guarantee that the war would remain regional and conventional, with all that this entails in terms of political, economic and human costs. Even if the war remained conventional, it is not possible to draw any precise scenarios at this stage. For example, would there be a ‘decisive naval battle’ between the two protagonists somewhere in the North Atlantic? That said, since the preponderance of maritime nations in war has historically been proven, we can expect that NATO would eventually win a conventional war with Russia, with naval power and forces projection being instrumental in victory. Winning a war still means suffering intolerable cost though; this is why the stakes are not high enough to consider war as a credible option.

Due to their flexibility and versatility, naval forces can uphold freedom of navigation, reassure partners, and show determination in the face of hostile competitors. Ostensible NATO naval prepositioning and exercises currently play that role. However, the bigger the tensions are, the riskier naval diplomacy becomes, since any naval skirmish has the potential to escalate the situation. For NATO, the red line is the defence and territorial integrity of its member states; Ukraine’s independence is unlikely to be deemed worth risking a war with Russia. The compelling effect of naval power is thus limited in this case. Moreover, prepositioned naval units have to operate in a very careful way so as not to risk any escalation, which further limits their actual and potential effect.

Postface on the Indo-Pacific

The year 2021 has witnessed an increased naval involvement of external actors in the Indo-Pacific region. In addition to the US naval presence and activities, the UK (with its Global Britain strategy) has been particularly pro-active with the deployment of Carrier Strike Group (CSG 21) to the region, the conduct of naval exercises with several partners (including South Korea), and the AUKUS partnership with Australia and the US. The EU has released its Indo-Pacific Strategy, which suggests that “the EU will explore ways to ensure enhanced naval deployments by its Member States in the region”. The naval dimension of the Ukrainian crisis is related to the Indo-Pacific in two ways:

1) With naval resources currently required in Europe, NATO countries will have to prioritise theatres of operations in a way that is “proportionate to [their] core national interest” (see evidence I gave to Parliament). This might mean a reduction of naval assets devoted to the Indo-Pacific, at least until the Ukraine crisis is resolved or has de-escalated.

2) Although the historical, geographical, political, economic and military contexts are different, similarities can be drawn between the Ukraine-Russia conflict and the China-Taiwan case, in particular the role played by the US support. Thus, in case of a Russian invasion of Ukraine, China will be particularly interested in the extent to which NATO countries (and especially US forces) avoid any possible risk of escalation, e.g., naval skirmishes around contested waters, since this can give an indication of future naval behaviours in case of a China-Taiwan crisis.

Dr. Basil Germond is a Senior Lecturer (Associate Professor) at Lancaster University, UK. An expert in naval affairs he has published two books and in excess of 30 academic articles and book chapters on seapower, maritime security, and the geopolitics of the sea. He has recently advised public policy stakeholders on questions related to the maritime dimension of Global Britain as well as the impact of climate change on maritime security.