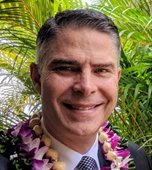 The Democratic People’s Republic of Korea (DPR Korea) has long postured against the military might of the Republic of Korea-U.S. alliance’s overwhelming combat power. In the decades following the Korean War, Pyongyang developed a massive ground-centric military that dwarfed in size the stationed ROK-U.S. combined forces. Pyongyang’s conventional force would seem adequate to deter perceived threats of military adventurism, and yet, leader Kim Jong Un presides over the unprecedented development and deployment of advanced and strategic weaponry.

Today, an immense array of combat forces are assembled on the Korean peninsula, prepared to resume combat on a scale reminiscent of the 1950s Korean War that produced four million deaths. Formerly a localized threat, DPR Korea has evolved into a strategic threat that possesses credible capabilities to extend combat to the American homeland.

In September 2017, the now disestablished Electromagnetic Pulse Commission testified before Congress that had DPR Korea’s 250-kiloton nuclear weapons test been detonated in the exosphere over the United States, cascading calamities could have killed 90% of Americans in one year.

So, we should consider that if there are peaceful options to arrest ’Pyongyang’s pursuit of advanced military capabilities, then it will be necessary to understand what propels Pyongyang’s meteoric rise to join China and Russia as one of only three strategic belligerents that credibly threaten the U.S. homeland and its forces abroad with nuclear weapons.

Since their formation as states in 1948 and three-years of horrendous warfare, the two Koreas have continuously prepared to militarily vanquish the other in a final struggle. Driven by a neorealist worldview, the security model largely explains Pyongyang’s endless pursuit of military parity with the ROK-U.S. Combined Forces. Seemingly unable to match the qualitatively advanced weaponry of its opponents, Pyongyang has sought quantitative and asymmetric advantages. To this end, Pyongyang roughly maintains numerical advantages of 2:1 in active forces, 2.5:1 in reserve forces, 17:1 in special operations forces, 7:1 in submarines, 4:1 in ships, and 2:1 in tanks, artillery and aircraft. In apparent acknowledgment of the agedness of its conventional military machinery, DPR Korea has undertaken the military modernization of its force with public displays of new combat systems, including tanks, infantry vehicles, self-propelled guns, multiple rocket launchers, anti-tank guided missiles and vehicles, fire support vehicles, air defense systems, and small arms and crew-served weapons.

Now let’s step back in time. Fourteen months after Kim Jong Un’s ascension to office, Pyongyang conducted its third nuclear weapons test in February 2013. This test preceded the inauguration of the state’s nuclear doctrine and deterrence strategy by six weeks. It was legislated by the Supreme People’s Assembly on April 1, 2013, as the Law on Consolidating the Status of a Self-Defensive Nuclear Weapons State. Neither of those actions – nuclear detonation nor doctrine promulgation – were sole acts of a single person. Rather, they were indicative of a highly functioning state of competent individuals and organizations. Pyongyang’s nuclear weapons doctrine has its basis in state and regime survival needs, which have grown from fears of attack by military forces of Washington and Seoul and post-Cold War abandonment by allies in Moscow and Beijing. To allay its security concerns, Pyongyang has been credibly adopting postures of asymmetric and assured nuclear deterrence.

Of note, in April 2022, Kim Jong Un reaffirmed Pyongyang’s 2013 nuclear doctrine, stating that “the fundamental mission of our nuclear forces is to deter war.” But going further, he asserted a willingness to use nuclear weapons if state fundamental interests were threatened.

Assured deterrence. Pyongyang’s growing assured deterrence posture through nuclear countervalue attacks was demonstrated in 2017 and 2022 by ICBM tests; and in 2016 and 2022 by submarine-launched ballistic missile tests. The essence of assured deterrence is the ability and willingness to retaliate against non-military or countervalue targets. Consequently, in a scenario where Pyongyang used tactical nuclear weapons against counterforce targets, it would hope to deter a massive nuclear counter-response by signaling its willingness to launch strategic countervalue attacks against non-military targets predominately on territories of the United States and Japan.

The Domestic Politics Model acknowledges the influential actors and institutions that drive Pyongyang’s military arms buildup.
As supreme leader, Kim Jong Un exercises absolute, centralized power in the party as General Secretary, in the state as Chairman of the State Affairs Commission, and in the military as Supreme Commander. Centralized control is solidified by direct appointment of loyalists. Kim has coalesced a prioritization of party-state-military resources and efforts toward research, development, production, and operation of its defense industrial and technological base – a massive network of institutions, laboratories and industries.

The party is the paramount body of the state and leads the defense industrial and technological base through direct oversight and guidance. Ministries with relevant portfolios include the Munitions Industry, Metallurgical Industry, Mining Industry, Nuclear Power Industry, the State Commission of Science and Technology, and the State Academy of Sciences. Within the defense industrial and technological base, the strategic and nuclear weapons complex is also extensive, well-resourced, and its members are highly privileged. At the apex of action is the party’s Munitions Industry Department. This department oversees weapons research and development through its Academy of National Defense Science, nuclear weapons development and testing through its Nuclear Weapons Institute, and weapons manufacturing through the seven machine industry bureaus of the Second Economic Committee.

The Normative Symbols Model explains Pyongyang’s pursuit of strategic and nuclear weapons through the formation of national identity. Pyongyang has transformed from a small power state that once economically rivaled Seoul and provided anti-colonial support to the Third World to small great power status (as termed by Pekka Korhonen and Tomoomi Mori) that consistently commands global attention from its actions. Rudolf Kjellén, the father of geopolitics, viewed a great power as a state with the will to expand and the resources to achieve. Pyongyang views itself as a nuclear weapons power and space power. This national identity takes credence from the fact that it is only one of nine nuclear weapons powers; one of nine space powers with orbital launch capability; one of seven states that operate intercontinental ballistic missiles; and, is on the cusp of becoming the seventh military power to employ submarine-launched ballistic missiles.

In April 2013, the Supreme People’s Assembly passed the Law on Space Development and established the National Aerospace Development Administration (NADA), a space agency to reportedly advance the peaceful use of outer space. In May 2015, Kim unveiled the new General Satellite Control and Command Center, which demonstrably modernized its ability to monitor its satellites.  At its opening, Kim declared that Pyongyang had “developed into a full-fledged satellite manufacturer and launcher” and that NADA was “pursuing peaceful space development.” In February 2016, NADA successfully launched the Kwangmyongsong-4 satellite.

And as earlier noted, at the January 2021 Eighth Party Congress, Kim emphasized “the need to secure the ability of reconnaissance and information gathering based on the operation of a military reconnaissance satellite in the near future.”

If cooperative options remain to arrest Pyongyang’s buildup of strategic and nuclear arms, the requisite will be the task to understand those propellants. Presented here was a three-model framework of neorealist security, domestic politics, and normative symbols.

Among the “so what’s” of this paper is that Pyongyang now views itself as a small great power, and that it would understandably reject an arms reduction proposal to return it to small state status. So if a cooperative arms reduction option remains for Pyongyang, I would suggest that it will not be found in a policy that requires it to first eliminate its strategic and nuclear weapons programs for a promise of peace later.

The opinions expressed in this paper do not necessarily reflect the official position of DKI APCSS, the U.S. Indo-Pacific Command, the Department of Defense or the U.S. government