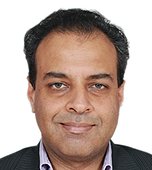 India-South Korea relations have recently undergone a significant transformation. Since 2017, when President Moon Jae-in unveiled his “New Southern Policy” (NSP), there has been a marked change in Seoul’s relations with New Delhi.  As part of a wider plan to bridge the gaps in diplomacy, strategic affairs, trade and cultural ties with neighboring countries, South Korea has prioritized ties with India, widely seen as the preeminent power in South Asia. New Delhi and Seoul have developed a robust, multi-dimensional partnership spanning a range of issue areas, from economics and security to energy and counterterrorism. With a growing dependence on seaborne trade, both countries are demonstrating a shared commitment for freedom of navigation and unimpeded commerce in the open seas. Their advocacy of an open, inclusive, and free rules-based order underscores their shared need for a comprehensive security and economic architecture in the Indo-Pacific region.

The principal driver for improved bilateral ties has of course been economics. Trade and economic relations between India and South Korea have grown significantly over the past decade, with annual bilateral trade reaching $21.5 billion in 2018 (crossing $20 billion mark for the first time). In an attempt to elevate bilateral economic ties, India and South Korea have sought to expand their comprehensive economic partnership agreement (CEPA), setting an ambitious target of $50 billion in bilateral trade before 2030.

Yet, it is in the defence and security realm that cooperation has been most visible. Since the visit of Indian Defense Minister Rajnath Singh to Seoul in August 2019, there has been a keen sense in New Delhi of a growing strategic partnership with Seoul. Minister Singh’s visit yielded two far-reaching agreements: one, a pact to extend logistical support to each other’s navies, and a second to deepen defense educational exchanges. The pact on naval logistics sharing is noteworthy, as India presently has such agreements with a group of select countries, including the United States, France, Japan, Australia and Singapore.  More recently, India and South Korea have agreed for joint production and export of military hardware, the enhancement of intelligence sharing and boost cooperation in cyber and space domains.

India’s induction of South Korean military equipment has helped move the defence and security relationship along. In November 2019, the Indian Army inducted the K9 VAJRA-T 155mm/ 52, a tracked self-propelled howitzer, which has its roots in the K9 Thunder, the mainstay of the South Korean Army. Two years earlier, South Korean defence industry, Samsung-Techwin and India’s Larsen & Toubro had entered into an agreement for the sale of 100 howitzers. In February 2020, 10 South Korean companies attended Def-Expo 2020. Hanwha Defense, Korea Aerospace Industries, LIG, Hyundai Rotem and other Korean firms displayed their wares in a bid to attract potential buyers. Meanwhile, a joint India-South Korea task force set about identifying military systems and hardware to be produced in India with the participation of Korean defense industries. Indian experts say, efforts to jointly produce military hardware could would singularly energise the bilateral strategic partnership.

As many Indian experts see it, South Korea’s outreach to countries in its South is driven by a desire to expand engagement with key states in Asia. While trade constitutes a significant component of bilateral collaboration – with South Korean companies rushing to move manufacturing outside China (following growing risks to business, rising labor costs and a pandemic induced stagnation) – Seoul has also been keen to explore strategic opportunities with India. New Delhi, too, recognizes the importance of South Korea as a bridge to East Asia. India’s political elite view Seoul as a key enabler of Prime Minister Narendra Modi’s ‘Act-East’ strategy, aimed both at generating economic growth, and to ensure peace, stability and security in the Asia Pacific Region. Beyond the 3Cs (culture, connectivity and commerce), a perennial feature of India’s political outreach in its neighborhood, India would like to cooperate with South Korea in other strategic areas. With there being no areas of discord between the two countries, Seoul seems to be an ideal defence and security partner for New Delhi.

As some see it, the Indian prime minister’s visit to Seoul in February 2019 was a reaffirmation of the ROK’s special place in India’s foreign policy matrix. The seven agreements signed during the visit, in areas such as infrastructure development, combating trans-border and international crime, attest to Seoul’s growing importance in India’s strategic calculus. In a meeting with President Moon on the sidelines of the G-20 summit at Busan in June 2019, Mr. Modi reiterated the growing convergences between South Korea’s New Southern Policy and India’s Act East Policy – the search for a stable, secure and prosperous Indo-Pacific order.  Recalling President Moon’s visit to India in 2018, Mr. Modi remarked that “the coordination of Indian and South Korean approaches in the region is deepening and strengthening the Special Strategic Partnership.” As he put it, the essential premise of a strengthened India-ROK partnership is a shared vision of progress in Asia, and a roadmap aimed at people, peace, prosperity and strategic balance.

Prospects for a Maritime partnership

South Korea’s New Southern Policy reveals some areas where the bilateral maritime cooperation could further develop. These include shipbuilding (where India and the ROK already have an MoU in place), joint capacity building, maritime domain awareness, humanitarian assistance and disaster relief, search and rescue, marine pollution, anti-piracy, counter-terrorism and counter-trafficking, and combating marine pollution. Given its differences with China, India has sought to upgrade its naval, coast guard, and air capabilities in mainland coastal and island territories, with a focus on Lakshadweep archipelago in India’s west and the Andaman and Nicobar Islands in the east. On both these groups of islands, South Korea could contribute significantly to capacity building.

Another area of possible cooperation is maritime domain awareness (MDA). The Indian navy has also striven to boost its situational awareness in the maritime commons, establishing an Information Fusion Centre (IFC) for the Indian Ocean Region. Launched in 2018, the center processes radar and sensor data from participating countries and offers the data to partners, including all members of the Indian Ocean Rim Association. India has sought assistance of extra-regional players and could benefit from South Korean participation in the project. Seoul could start by posting a liaison officer to the IFC, but could also assist India with creating capacity in small Indian Ocean Island states. Seoul could also help boost Indian capacity to provide humanitarian aid and disaster relief (HADR) in the neighborhood. This could be gradually upscaled to broader marine governance initiatives in the littorals.

Operational cooperation, however, must be further expanded. Indian ship visit to South Korea have been intermittent. In June 2021, INS Kiltan, an Indian Navy warship carried out a military exercise with a South Korean vessel in the East China Sea. Two years earlier, Indian naval ships Kolkata and Shakti had visited Busan to participate in the ADMM-Plus Maritime Security Field Training Exercise (FTX) as part of deployment of the Eastern Fleet to the South China Sea.

Seoul has appeared reluctant to overstretch its naval capacity in the Indian Ocean. In January 2021, it dispatched an acclaimed anti-piracy unit to the Strait of Hormuz after a South Korean-flagged tanker was seized by Iran in the Persian Gulf. But South Korean warships have avoided docking at Indian Ocean ports (the last time a Korean warship visited an Indian port was in January 2017).

There is a sense in India that South Korea isn’t entirely convinced that Chinese strategic expansion in South Asia necessarily has malign political motive. As some South Korean scholars and policymakers see it, China’s growing economic interests in the Indian Ocean justify a commensurate Chinese naval presence in the region. Suggestions by New Delhi that South Korea could help curtail Chinese influence in the IOR are met with skepticism in Seoul. South Korea, evidently, is keen to develop a security relationship with India, but not as a way of containing Chinese power. Seoul seeks ‘strategic equilibrium’ in Asia, but not conflict with any big power. While it is ready to partner India for the achievement of a desirable end-state, Seoul would desist from any militarily provocative moves in the littorals.

Even so, India and the ROK are likely to continue to explore opportunities to cooperate with India. Despite its conservative approach to military operations in the Indian Ocean and the Western Pacific, Seoul is likely to consider the impact of the Russia-Ukraine war on the Asian theatre and do more to hedge against the possibility of a confrontation in the littorals. Indeed, President Yoon Suk-yeol’s announcement last month that his country will examine joining the Quad grouping to strengthen its military position, has generated a buzz in strategic circles that South Korea could well be on its way to assuming a robust security posture in the Indo Pacific region. Were that to indeed happen, India would be ready to expand its maritime cooperation with Seoul beyond the ambit of nontraditional security.

Yet, a partnership between India and South Korea in the maritime domain would depend in large measure on the United States continuing willingness to contribute to strategic security in Asia. In the wake of war in Ukraine, Washington has seemed preoccupied with Russian aggression in Europe. Any attempt by the Biden administration to draw away from the Asian maritime theatre, particularly the Indian Ocean (of crucial importance to India), would unfavorably impact the trajectory of India-South Korea ties. Washington could, on the other hand, play a key role in catalyzing a partnership between New Delhi and Seoul, contributing significantly to peace and stability in the Indo Pacific region.

The opinions expressed in this paper do not necessarily reflect the official position of DKI APCSS, the U.S. Indo-Pacific Command, the Department of Defense or the U.S. government

Abhijit Singh is a Senior Fellow and Head of Maritime Policy Initiative at ORF, New Delhi.