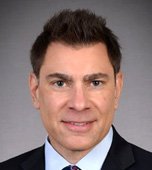 In March 2022, the United States released the updated Commander’s Handbook on the Law of Naval Operations, Naval Warfare Publication (NWP) 1-14M. The publication serves as a restatement of naval operations during peacetime and in armed conflict at sea, and it is an essential resource for tactical and theater naval operations and provides guidance to commanding officers and commanders. The Commander’s Handbook reflects more than 120 years of normative development of international law of the sea and law of naval warfare. Originally published at the dawn of the twentieth century, NWP 1-14M still provides a succinct restatement of international law for the maritime operational commander. This article traces the legacy of the Commander’s Handbook, and explores the most significant change to emerge from the 2022 revision process, which is to recognize the role of unmanned and autonomous ships in the future naval force architecture. In this regard, the Commander’s Handbook reflects the current state of international law in which unmanned and autonomous warships are entitled to navigational rights reflected in the United Nations Convention on the Law of the Sea, and may lawfully conduct belligerent operations during armed conflict at sea, including attacks against military objectives.

The inception for the Commander’s Handbook Originally published in 1900 as the United States Naval War Code, which was reprinted in volume 3 of International Law Studies on February 9, 1904. International Law Studies is the oldest journal of international law in the United States and the oldest publication of the U.S. Naval War College, which is itself the oldest naval war college in the world. The Naval War Code of 1900 codified the law and practice of naval war at the time. It was followed by negotiation of the Declaration Concerning the Laws of Naval War, on February 26, 1909, at the Naval Conference of London convened for the purpose. The London Declaration codified the rules of naval warfare used by national prize courts and was developed pursuant to Hague Convention XII of 1907 relative to the creation of an International Prize Court. But the court was never established. While the rules embodied in the London Declaration reflected international law, the British House of Lords rejected it. The instrument was never ratified by any signatory.

In 1955 the U.S. Chief of Naval Operations released the Law of Naval Warfare as Naval Warfare Information Publication (NWIP) 10-2. This volume includes general principles of the law of naval warfare, such as the requirement to distinguish between lawful military objectives, such as warships and submarines, and protected civilian objects, including coastal fishing craft. Furthermore, while enemy merchant ships were immune from attack if they were not involved in aiding the armed forces, they remained subject to prize capture. NWIP 10-2 also set forth the geography of naval war and the rule that belligerent operations may be conducted anywhere outside of neutral territorial waters. The Law of Naval Warfare was reprinted in an appendix in volume 50 of International Law Studies titled The Law of War and Neutrality at Sea in 1955 by Robert W. Tucker. Tucker is a prominent realist and professor emeritus at Johns Hopkins University an author of numerous books and articles and he is now in his nineties. His analysis of the law of naval warfare provides detailed explanation on enforcement in the law of naval warfare, the law of blockade and contraband, and prize capture of neutral merchant ships. The book remains the most detailed single volume on the law of naval warfare.

The current style and organization of the Commander’s Handbook was originally crafted by Jack Grunawalt in 1987 at the U.S. Naval War College as Naval Warfare Publication (NWP) 9. Grunawalt was a Navy Judge Advocate from 1958 to 1985, and the following year joined the Naval War College as the Charles H. Stockton Professor of International Law and established the Oceans Law and Policy (OLP) Department. OLP was renamed the International Law Department (ILD). In 2013, ILD became the Stockton Center for International Law (SCIL). NWP 9 enlarged the scope of the previous editions of the Code of Naval War to include guidance on peacetime naval operations in addition to war at sea. The publication also expanded beyond the U.S. Navy, to include the U.S. Marine Corps and U.S. Coast Guard to form a tri-service document for maritime operational commanders. The publication has been translated into Spanish, German, and Thai, and is used by numerous legal advisers throughout the world. Grunawalt published an annotated supplement of NWP 9 that includes extensive footnotes and supporting analysis in 1997, which was subsequently released in 1999 as volume 73 of International Law Studies. The annotated supplement was promulgated by Vice Admiral A. K. Cebrowski, then president of the Naval War College.

The Commander’s Handbook was further updated by the Stockton Center for International Law in 2017 before the most recent iteration in 2022 to provide operational law guidance to commanders in peacetime and during armed conflict. Updates to the Commander’s Handbook are prepared in coordination with the headquarters and fleet components and elements of the three maritime services, including lawyers and commanders at the National Security Division of the Office of the Judge Advocate General of the Navy, the Deputy Chief of Naval Operations for Plans, Policy, and Strategy; Commander, U.S. Fleet Forces Command, Commander, U.S. Pacific Fleet, Commander, Second Fleet, Commander, Third Fleet, Commander Fourth Fleet, Commander Fifth Fleet, Commander, Sixth Fleet, Commander Seventh Fleet, and Commander Tenth Fleet, plus the U.S. Coast Guard (LMI); and U.S. Marine Corps (JAO). The final version of NWP 1-14M is published by Commander, Navy Warfare Development Command in coordination with the U.S. Marine Corps Deputy Commandant for Combat Development and Integration and the U.S. Coast Guard Judge Advocate General as official doctrine. Hence, the publication is an authoritative restatement by maritime services on how they approach some of key issues in maritime operational law. In this regard, since the manual was written at the Naval War College and coordinated with the armed forces residing in the Department of Defense and Department of Homeland Security, it reflects concrete state practice lex lata. This suggests that compared it is more authoritative than purely scholarly initiatives such as the San Remo Manual on International Law Applicable to Armed Conflict at Sea, which has numerous provisions that are aspirational or lex ferenda.

The substantive changes to the publication have salience for contemporary naval operations and include revision on the treatment of autonomous and unmanned systems, outer space, and information and cyber operations. The 2022 update to NWP 1-14M is the culmination of a two-year effort by the Stockton Center to conduct a line-by-line revision with the numerous stakeholders, resulting in hundreds of edits and updates of all 12 chapters. The publication also includes new images to explain key concepts, such as graphics to depict the law of the sea.

The most consequential revision to the new Commander’s Handbook recognizes the impending shift in U.S. and allied force structure toward a hybrid fleet of manned and unmanned platforms. After completing test demonstrations of unmanned vessels in the Ghost Fleet Overlord program, the Navy envisions a fleet of unmanned warships that support traditional vessels. These ships will distribute the force among a greater number of platforms, increasing lethality, capacity, survivability, and operational tempo. The April 2022 Navy ship building plan calls for a total battle force of more than 500 ships, with nearly 100 unmanned surface warships and more than 50 unmanned submarines. Some unmanned warships may be autonomous or remotely navigation on the surface or underwater, conducing the range of warship operations, such as intelligence, surveillance, and reconnaissance (ISR), mine countermeasures (MCM), antisubmarine warfare (ASW) and time-critical strikes (§ 2.3.4).

A warship is defined in article 29 of UNCLOS as “ship belonging to the armed forces of a State bearing the external marks distinguishing such ships of its nationality, under the command of an officer duly commissioned by the government of the State and whose name appears in the appropriate service list or its equivalent, and manned by a crew which is under regular armed forces discipline.” New text in § 2.2.1 of the Commander’s Handbook states, “There is no requirement the commanding officer or crew be physically on board the warship. Warships may be remotely commanded, crewed, and operated.”

Furthermore, only warships and other public vessels are entitled to sovereign immunity. The 2022 Commander’s Handbook recognizes that unmanned warships enjoy these rights in the same way as their manned counterparts. While larger unmanned systems may be designated as “ships,” smaller unmanned systems may retain their status as U.S. government property. The new Commander’s Handbook states in § 2.3.5 that “[i]n all cases, U.S. Navy [unmanned maritime systems] are the sovereign property of the United States and immune from foreign jurisdiction.” Furthermore, § 2.3.5 states that “Unmanned systems may be designated as USS if they are under the command of a commissioned officer and manned by a crew under regular armed forces discipline, by remote or other means.”

The revised § 2.2.1.1 of the Commander’s Handbook sets forth warships that are “manned or unmanned” may conduct belligerent rights during armed conflict, such as exercising the right of visit and search for contraband, the right to prize capture of enemy merchant ships, and the right to conduct attacks against military objectives. The requirement that only warships are entitled to belligerent rights during armed conflict is grounded in article 1 of the 1856 Declaration of Paris that abolished privateering.

The 2022 Commander’s Handbook also added a section on autonomous weapons systems to integrate the Navy’s approach with Department of Defense policy. A new § 9.12 of the Commander’s Handbook specifies that the use of autonomous weapon systems is not prohibited by international law so long as they comply with the law of armed conflict, which applies to all weapon systems.

The Commander’s Handbook has an extended legacy of providing a concise restatement of the law of naval operations and the law of naval warfare. Because much of the law in these areas evolved through customary international law, operators and decision makers have looked to U.S. Naval War College publications on international law since 1895 to understand the structure of rules for conflict at sea. The 2022 Commander’s Handbook reflects the normative acceptance of unmanned systems as “ships,” entitled to the rights and subject to the duties placed on the progeny of manned vessels that have come before them. This understanding is consistent with the work of the International Maritime Organization to ensure that autonomous and unmanned vessels operate consistently with the international law of the sea.Indo Pacific region.

James Kraska is the Charles H. Stockton Professor of International Maritime Law and the Chair of the Stockton Center for International Law at the U.S. Naval War College, as well as Visiting Professor of Law and John Harvey Gregory Lecturer on World Organization at Harvard Law School.