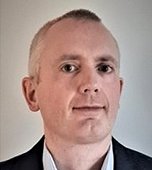 An Exclusive Club: The ROKN and the Future Light Aircraft Carrier

Ideally, the force structure of any navy is not only a reflection of a state’s strategic and operational context but also its geopolitical goals and economic status. It is only through this lens can the Republic of Korea Navy’s (ROKN) acquisition of a light aircraft carrier be understood. Given South Korea’s military situation and position as an economically advanced state reliant on the free use of the sea, the decision to invest in a carrier capability makes both short and long-term strategic sense.

Aircraft carriers are synonymous with state power and intention. The presence of a U.S. aircraft carrier, displacing over 100,000 tons and carrying 70 plus aircraft is a powerful signal of U.S. strategic interest and operational capabilities. Although probably only the U.S. can realistically develop and operate vessels of this size, multiple states have or are now investing in smaller, yet still powerful classes of aircraft carrier.

These include states that have traditionally invested in seapower such as the United Kingdom and France and those which seek to become sea powers including China and India. That multiple states are pursuing such a capability indicates that these platforms, able to operate around 20-40 aircraft are highly valued for their operational flexibility and ability to execute an array of strategies and policies. As a further example of this, the U.S. is deploying U.S. Marine Corps (USMC) F-35B on-board its large amphibious vessels.  Also, there is a debate in the U.S. Navy about the added operational benefits that light aircraft carriers provide.

A light aircraft carrier will provide the ROKN and the South Korean government with more and improved warfighting capabilities and increased strategic options, not only in the context of North Korea but also on a regional and even global stage.

Multiple operational and strategic rationales exist for the procurement and operation of a ROKN aircraft carrier. South Korea’s proximity to North Korea poses significant and well-understood dangers to South Korean military infrastructure in a time of war. North Korea’s development of multiple types of short-range ballistic missiles combined with long range rockets and artillery hold South Korean and U.S. airfields at risk. This potential vulnerability can be partially mitigated by missile defense and other countermeasures, however, given the importance of airpower to South Korea’s security a further strategic hedge is required.

By operating an aircraft carrier, South Korea will possess a resilient maritime-based airpower capability, one that is difficult to detect, track and target. Indeed, given North Korea’s limited intelligence, surveillance, and reconnaissance (ISR) capabilities, a South Korean aircraft carrier would provide military leaders with a rapidly deployable and potent strike weapon capable of secure operations on either side of the Korean Peninsula.

Of course, any aircraft carrier is only as capable as the aircraft deployed aboard it. The F-35B, while controversial is a modern, highly capable stealth aircraft. Although this STOVL variant of the F-35, carries less fuel and weapons than then ground-based F-35A and catapult-launched F-35C, it nevertheless is a powerful and stealthy system capable of carrying a wide variety of weapons and when operating from an aircraft carrier can penetrate enemy airspace from unexpected vectors and can be quickly re-armed and refuelled at sea.

Importantly, in addition to its stealth and precision strike capability, the F-35 also possess significant sensor, communication and data processing capabilities allowing it to act as a command and control and ISR node.  This gives it value-added capabilities over other contemporary strike aircraft.

These capabilities will extend South Korea’s ISR coverage of North Korea. By acting as sensor nodes, aircraft operating from a ROKN carrier flying well behind enemy lines can vastly improve South Korea’s situational awareness of the battlefield. These aircraft could also provide a so-called cooperative engagement capability, finding targets for other South Korean systems such as air, sea, and ground-launched cruise missiles and even ROKA artillery. Indeed, it is reported that the F-35’s sensor suite is even powerful enough to act in a missile defense capacity, providing early warning and added targeting fidelity to missile defense systems.

A further role of a ROKN aircraft carrier would be to act as a flagship for a South Korean amphibious capability. Its ability to escort and work alongside South Korean amphibious ships including the Dokdo and Marado would provide the ROKN and ROKMC with a self-contained force capable of independent operations in contested littoral environments. A light aircraft carrier carrying even a modest number of F-35B would be able to conduct its own air-combat patrols, counter enemy air defences, provide close air-support for amphibious troops and then conduct deep-precision strikes all independent of any other air assets.

It is important to recognise that an aircraft carrier, equipped with F-35B provides a value-added joint operational capability with the U.S and U.S. allies. Traditionally, the U.S. has recognised the operational and strategic value of allied aircraft carriers. A ROKN light aircraft carrier operating the F-35B would place South Korea amongst a small exclusive club of U.S. allies operating these advanced capabilities at sea.  The United Kingdom, Japan, Italy and potentially Singapore and Spain will or are beginning to operate the F-35B from light aircraft carriers. In an example of how this encourages joint operations with the U.S., USMC F-35B will operate off the HMS Queen Elizabeth for her maiden deployment to East Asia in 2021. By possessing this capability, the ROKN rapidly expands the number of states that it can closely operate alongside in everyday operations and high-intensity combat roles.

The power and flexibility of allied sea-based aviation capabilities are attractive to U.S. commanders. This is especially true when states operate the F-35 as it allows for common maintenance and operational procedures and easier pathways to joint-allied operations. For example, similar to the UK, USMC F-35B could operate off a future ROKN light aircraft carrier and vice versa. Additionally, analogous sensor and communications capabilities such as data links would facilitate more intensive coordination in any warfighting scenario. This ROKN capability would therefore develop the already close operational links between the naval forces of the U.S. and South Korea in a new and important direction for the 21st century battlespace.

The possession of a light aircraft carrier confers more benefits than just warfighting in the context of North Korea. While some may ignore this aspect of naval strategy, an aircraft carrier plays an important role in naval diplomacy. As one naval writer states, “the possession of an aircraft carrier is still seen as an important indicator of national strength and ambition”.   As an advanced, globally interconnected economy, South Korea has political, strategic, and economic interests across the world. Additionally, given this level of national strength, there is a heightened international expectation for a greater South Korea involvement in regional and global affairs. When combined, these two elements, interest, and expectations, serve to emphasise the potential utility of an aircraft carrier.

The deployment of such a vessel is commonly understood as a sign of political and strategic interest and therefore plays a central role in international signalling. Evidence of this can be seen in how the French, British and U.S. governments prominently advertise the deployments of aircraft carriers to the South China Sea. China’s aircraft carrier program is often used by strategic analysts as an indicator of its national strength and broad geostrategic ambitions. Equally JMSDF conversion of the Izumo-class DDH to carry the F-35B is often used as a demonstration of Japan’s revitalisation as a regional strategic actor.

For South Korea, the operation of a light aircraft carrier would place it alongside these nations and provide a valuable new capability. It is undoubtedly true that South Korea’s geostrategic position is increasingly precarious, with the rise of China creating a cascade of contentious strategic issues across the region. At the same time, South Korea’s relationship with Japan is based on precarious foundations and requires careful management. A light aircraft carrier operating alongside current and future ROKN assets including submarines, destroyers and amphibious capabilities provide South Korea with a more substantial and sustainable deterrent within the context of regional security and will assist in ensuring that South Korea’s strategic interests in a regional context are maintained.

Beyond the immediate vicinity of Northeast Asia, a naval group based around a light aircraft carrier provides South Korea with a more varied array of strategic options. This is an important consideration given the centrality of the sea to South Korea’s economic prosperity and the fact that the free use of the sea is increasingly being challenged. A South Korean aircraft carrier supported by a viable escort group could independently or as part of a coalition protect and keep open the vital sea lanes that run through the East Asian region.

Furthermore, such a capability would allow South Korea to become a more involved actor on a global stage. The ROKN could provide a value-added capability to future international coalition power projection operations or undertake humanitarian and disaster relief on a scale it has not done before. In essence, a light aircraft carrier has the potential to place South Korea on a higher international level should policymakers in Seoul choose to pursue such a policy.

If they are adequately protected by support vessels, the flexibility such capabilities provide are of great value. Moreover, the aircraft carrier has the potential to maintain its operational utility well into the future. For example, as unmanned aerial vehicles become more capable aircraft carriers can be modified to deploy with these capabilities in either a manned/unmanned or fully unmanned variations thereby increasing their operational range and utility.  Therefore, when combined, all of the elements highlighted in this article suggest that a light aircraft carrier would be a powerful force multiplier for the ROKN and a highly useful strategic tool for South Korea both now and well into the future.

Ian Bowers is an Associate Professor in the Centre for Joint Operations at the Royal Danish Defence College. Prior to holding this position, he was an Associate Professor at the Norwegian Institute for Defence Studies. His research focuses on deterrence, the future operational environment, seapower and East Asian security. Bowers most recent publication is the co-edited volume, Grey and White Hulls: An International Analysis of the Navy Coastguard Nexus (Palgrave, 2019). He has also published a monograph on the modernization of the Republic of Korea Navy. His research has been published in the Journal of Strategic Studies, the Naval War College Review, Pacific Review and the Korean Journal of Defense Analysis. Bowers holds a PhD in War Studies from King’s College London.