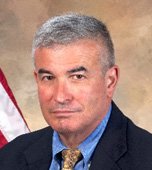 On February 1, 2021, a new Maritime Police Law (MPL) came into force that regulates the activities of the China Coast Guard (CCG). The MPL applies to all waters under China’s jurisdiction and authorizes the CCG to use of force, including lethal force, to ensure compliance. Although the CCG can engage in law enforcement operations at sea, the manner and location in which it exercises its authority—within the territorial sea v. beyond the territorial sea—and the level and intensity of force used to ensure compliance—lethal v. non-lethal force—may illegally impede navigational rights and freedoms and violate international use of force standards for maritime law enforcement operations.

One of the MPL’s most problematic provisions—Article 3—is its potential scope of application to sea areas under Chinese jurisdiction. The term sea areas under Chinese jurisdiction is not defined and is intentionally ambiguous to allow China to alter its position on application of the MPL depending on the circumstances. At a minimum, the MPL applies to all of waters, seabed, and land features encompassed by the nine-dash line (9DL) in the South China Sea (SCS). However, an international tribunal has ruled that China’s historic claims to maritime areas encompassed by the 9DL are contrary to international law and without legal effect. Use of the CCG to enforce the MPL in these areas would likewise violate international law.

In the East China Sea, China would seek to enforce the MPL in the Senkaku (Diaoyu) Islands and adjacent waters, which are currently under the administration of Japan. China also unilaterally claims an extended continental shelf to the Okinawa Trough, which overlaps Japanese continental shelf and exclusive economic zone (EEZ) claims in the region. International law requires that overlapping claims be delimited by agreement between the parties or through third-party dispute settlement and that, pending such agreement, the parties shall not take action that could jeopardize reaching an agreement. Thus, employing the CCG to enforce its claims in the ECS would violate China’s obligations under international law.

Similarly, the maritime boundary between China and Republic of Korea (ROK) in the northern ECS and the Yellow Sea, including around Ieodo (Socotra Rock), is unresolved. Although China and the ROK are engaged in bilateral discussions to delimit their maritime boundary, given the different approaches taken by each side—length of coastline and population (China) v. equidistant line (ROK)—it is unlikely that a solution will be achieved in the near term. Until the issue is resolved, international law precludes China from using force to settle the dispute.

The MPL also contains numerous provisions that are inconsistent with UNCLOS that will adversely impact traditional navigational rights and freedoms for all states in the Asia-Pacific region. Article 17 allows the CCG to take aggressive measures against foreign ships that illegally enter China’s territorial sea. Since illegal entry is not defined, the CCG could use the MPL as a subterfuge to illegally impede or deny the right of innocent passage, which is guaranteed to all ships under international law.

The MPL contains several provisions regulating the use of force and weapons that are clearly inconsistent with international rules applicable to maritime law enforcement operations. The CCG may only use force that is unavoidable, reasonable, and necessary under the circumstances. Indiscriminate use of force to compel compliance with the MPL is prohibited.

Article 20 allows the CCG to demolish buildings, structures, and devices constructed by other nations on disputed features. Outposts established in the SCS by other claimants could therefore be destroyed by the CCG. Similarly, the MPL would authorize the CCG to destroy the Ieodo Ocean Research Station. Such an unlawful use of force would violate the UN Charter and the international law of the sea.

Article 22 allows the CCG to use all necessary measures, including the use of weapons to stop infringement of Chinese sovereignty, sovereign rights, and jurisdiction. Thus, the CCG could use force, including lethal force, to expel Filipino fishermen from Scarborough Shoal, Vietnamese fishermen operating in the SCS, and Japanese and Korean boats fishing in the ECS and Yellow Sea. The CCG would additionally use force and weapons against a foreign warship challenging China’s excessive maritime claims. Use of force in these circumstances is inconsistent with Article 2(4) of the UN Charter and is therefore impermissible under prevailing international law.

Chapter VI of the MPL regulates the use of weapons by CCG personnel. While parts of Chapter VI may comport with international standards on the use of weapons, any use of force against a foreign flag vessel in disputed areas or beyond China’s territorial sea would be inconsistent with the principle of exclusive flag state jurisdiction on the high seas, unless the vessel is engaged in piracy, slave trade, or unauthorized broadcasting.

The question remains whether the CCG will limit its use of force and weapons to situations that are reasonably necessary. The CCG is known for its repeated and coercive harassment and excessive use of force against its neighbors to advance China’s illegal claims in the ECS, SCS, and Yellow Sea. Given this history of prior malign and aggressive behavior, it is unlikely the CCG will implement the MPL consistent with established maritime law enforcement practices.

Excessive or indiscriminate use of force by the CCG could have unintended consequences in disputed areas of the SCS, ECS, and Yellow Sea. The United States has defense obligations with the ROK, Japan, and the Philippines that could be triggered if the CCG conducts activities, albeit purportedly for law enforcement purposes, that cross the threshold of an armed attack against one of America’s treaty allies.

Nonetheless, China will use the MPL to advance its strategy of using nontraditional military forces to intimidate its neighbors, advance its national security and expansionist objectives, and solidify control over disputed waters and territory. To date, China has successfully engaged in these “gray zone” operations without serious blowback or adverse repercussions. Nations, like Vietnam and the Philippines, are unable or unwilling to respond in kind, and China has avoided a direct military confrontation with the United States despite Washington’s condemnation of China’s malign behavior.

As the maritime arm of the People’s Armed Police, the CCG must be considered and treated as a military force, not a law enforcement agency. If the CCG engages in operations that involve the use of force, these operations should be considered an armed attack under the UN Charter that justifies an armed response in individual or collective self-defense. The international community can no longer afford to give China a free pass.

※ The opinions expressed in this paper are those of the author and do not necessarily reflect those of the U.S. government, the U.S. Department of the Navy, or the U.S. Naval War College.

Raul Pedrozo is the Professor of the Law of Armed Conflict and of International Law at the U.S. Naval War College. He is also a U.S. representative to the International Group of Experts for the revision of the 1994 San Remo Manual on International Law Applicable to Armed Conflicts at Sea. He served for 34 years as an active-duty uniformed service member, and served in numerous positions advising senior military and civilian defense officials. Professor Pedrozo received his Bachelor of Science degree in Police Administration from Eastern Kentucky University, and later earned his J.D. from Ohio State University and LL.M. from Georgetown University.