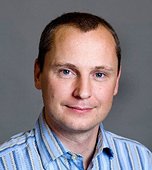 Future proofing together : emerging and disruptive technologies in NATO and opportunities for South Korea

In the last decade and a half, geopolitics and great power competition have returned, and with these the threat of conflict between technologically advanced states. Russia’s use of military force against its neighbours in 2008 and 2014 brought back the spectre of war in Europe. Russia’s technologically advanced weapons systems such as hypersonic missiles, challenge NATO’s defences. Moreover, Russia’s use of so-called “hybrid” means, including varying kinds of attacks and disinformation campaigns in the cyber domain, has spurred allies to stay abreast technologically.

While Russia has thus been a driver of the emphasis on what in NATO is called Emerging and Disruptive Technologies (EDT), China has been another and probably more important. The increasingly assertive rise of China has found many expressions. In NATO, the risks involved in using Chinese-produced technology is one of the topics that has received most attention. In early 2019, a heated, public debate broke out among allies over the use of Chinese technology in fifth generation, 5G, mobile networks (Gilli and Bechis, 2020). The tougher U.S. approach to China adopted by president Donald Trump, saw the United States calling on allies to ban Chinese companies from their 5G development plans.

The NATO Science and Technology Organisation (STO) identifies seven, core EDTs: artificial intelligence, “big data”, autonomy, space technologies, hypersonic technologies, quantum technologies, biotechnology and human enhancements, and novel materials. In addition, 5G is sometimes referred to as a separate EDT. The EDTs are sorted into two groups. The first five listed are considered “predominately disruptive in nature”, as these technologies have existed for some time and what we are seeing, are disruptive effects caused by their coming of age. 5G falls into this category if considered a separate EDT. Conversely, the next three are classified as emergent technologies. The development of these has only just started and “significantly more time (10 – 20 years)” will pass “before their disruptive natures are fully felt on military capabilities.”

EDT became a major NATO topic for the first time at the October 2019 meeting of defence ministers. The ministers approved an «Emerging and Disruptive Technologies Roadmap», setting out the ambitions for the Alliance’s work on the issue. The significance of the roadmap was underlined by its subsequent approval by NATO’s leaders at their meeting in London in December 2019.

The roadmap was followed in February 2021 by a strategy called Foster and Protect: NATO’s Coherent Implementation Strategy on Emerging and Disruptive Technologies. Also adopted by defence ministers, the strategy aims to guide “NATO’s adoption of and adaptation to EDTs, and it has two main focuses: fostering the development of dual-use technologies […] that will strengthen the Alliance’s edge, while also creating a forum for Allies to exchange best practices that help protect against threats.”

At their Brussels Summit in July 2021, the allied leaders took a step toward operationalising the strategy in deciding to create a “civil-military” Defence Innovation Accelerator for the North Atlantic, abbreviated DIANA. DIANA is to “[f]oster technological cooperation among Allies in NATO, promote interoperability and encourage the development and adoption of technological solutions to address our military needs.” NATO leaders also agreed to create “a NATO Innovation Fund” to “support start-ups working on dual-use emerging and disruptive technologies in areas key to Allied security.” In October 2021, 17 allies joined forces to establish this fund.

The Secretary General has furthermore put EDT on his agenda for work towards the expected approval of a new Strategic Concept for NATO at the Madrid summit scheduled for 29-30 June 2022. In other words, NATO’s work on EDT has not only come far over the last two years, but it seems likely to gain a prominent place in NATO’s next strategic concept, and thus in the Alliance’s work in coming years.

Work on EDTs in NATO has so far primarily emphasised establishing a framework for enhanced cooperation among allies. Much suggests, however, that EDTs will become a new and important area for cooperation between NATO and some of its partners. Indeed, a report published by the NATO Parliamentary Assembly in October 2021, calls for strengthening NATO’s science and technology cooperation with partners in the Asia-Pacific region (Ghani, 2021). Specifically, the report calls for enhanced cooperation with Japan and South Korea. There are two main reasons why.

The first, general reason is that part of NATO’s response to the rise of China has been to strengthen relations with the alliance’s four main partners in the Asia-Pacific region; Australia, Japan, New Zealand and South Korea. A key motivation for NATO is that the four partners have valuable experiences to share about handling China’s rapid and assertive rise.

The second, specific reason why Japan and South Korea are particularly interesting partners in the EDT field, is that the two countries are global leaders in technology. The report underlines this by siting several international rankings related to technology and innovation. While South Korea outperforms Japan in all the rankings, both countries clearly have much to offer NATO in the technology field.

Moreover, as a NATO Science and Technology study notes quoting OECD figures, particularly South Korea, but Japan too, are attractive partners in the narrower field of defence technology. Government-funded defence research and development in South Korea was in 2019 the second largest a share of GDP as among OECD countries – trailing only that of the United States.

While government-funded research contributes to South Korea’s attractiveness as a partner, the country’s main strength lies in its commercial technology sector. In line with the global trend, commercial companies have spearheaded South Korea’s rise as an “Asian Tiger”. Companies such as Samsung, LG and SK Hynix are globally significant actors in industries that drive the development of EDTs.

Compared to Japan, South Korea’s relations with NATO have so far not been as close – both in general and specifically in the technology field. In May 2018, Japan established a diplomatic mission to NATO, and it is one of four so-called Enhanced Opportunity Partners in its relations with the NATO Science and Technology Organisation (Ghani, 2021). South Korea has neither a separate mission to NATO, nor the enhanced status in its technology cooperation.

Whatever the reasons for the lack of relations between South Korea and NATO so far, there are arguably opportunities also for South Korea in developing a relationship with NATO in the EDT field. One such opportunity is commercial; another may be given the heading security.

The commercial potential is the most obvious. Participating in the developing technology cooperation in NATO may bring at least two types of commercial opportunities for South Korea and its technology companies. First, they will gain insights into what security and defence related technologies are most in demand in NATO and partner countries. This may help South Korean companies develop products that meet the needs of potential customers they come in contact with in NATO. Secondly, and reversely, the NATO technology hub can serve as a platform for introducing potential customers to existing South Korean products.

A third, potential benefit is that South Korean companies may gain access to innovation funding from NATO. Expectations for this should not be high. In the greater scheme of technology investments, NATO’s common-funded efforts will be small. The largest share of research and development funding will most likely come through national budgets. And like most countries, NATO countries will prefer to develop their own, national technological industries.

The second opportunity cooperation with NATO might bring South Korea, which one may term security, is through the role NATO may serve as a platform for sharing experiences and best practise, and in developing common approaches and standards for meeting the challenges emanating from EDT. South Korea may have something to learn from the strong emphasis on resilience and protection of advance technologies that stands at the heart of NATO’s approach. Furthermore, whether one likes it or not, the new, more competitive international climate brings new considerations also to research, development, production and use of advanced technologies. Also South Korea is already under some pressure to “choose side” in the competition between China and the United States (Hemmings and Cho, 2020). Participating in technology cooperation in NATO, may help fine tune South Korean policies in dialogue with like-minded countries in Europe and North America.

Dr. Paal Sigurd Hilde is an associate professor at the Institute for Defence Studies at the Norwegian Defence University College. His main research interests include transatlantic relations and the development of NATO.