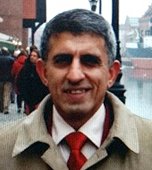 Contemporary Maritime Security in the Indo-Pacific: Lessons from the Ukraine Crisis

The Indo-Pacific region represents the ‘maritime underbelly’ of Asia, wherein economic development and prosperity hinges on good order at sea and the littoral. This was also the premises of the contemporary Indo-Pacific vision conceived in 2006-07. With the concept of maritime security now being viewed more holistically, the multifarious insecurities confronting the region range from military threats to the non-traditional security issues like maritime crimes, natural disasters and accidents at sea, climate-change and sea-level rise, the degradation of marine eco-systems and environment. Due to the increasing reliance on the seas and the unprecedented growth of activity in the global maritime common, issues of supply-chain resilience, digital technologies and human safety and security also deserve due attention.

Notwithstanding the recent focus on the ‘softer’ facets of security within the enlarged policy domain, the most overwhelming maritime insecurity for the Indo-Pacific region in the foreseeable future is likely to emanate from geopolitical contestation between the West and the East, leading to an intentional or inadvertent military escalation at sea. The ongoing Ukraine crisis portends this. Notwithstanding Russia’s push to control the strategic Black Sea coast, the crisis is largely a ‘heart-land’ continental affair. It nonetheless provides relevant lessons for the maritime Indo-Pacific by exposing the fragility of the UN-led international order. Furthermore, the precursors of the Ukraine crisis mirror the insecurities, motivations and alignments in the Indo-Pacific ‘rim-land’.

The Ukraine affair is clearly rooted in the Cold War geopolitics between the East and West. It is well known that the post-World War I humiliation of Germany sowed the seeds for World War II. The moot question is whether the disintegration of the Soviet Union in 1991 caused Russia such ignominy so as to threaten global peace through its adventure in Ukraine. By extrapolation to the Indo-Pacific, will China redress its “century of humiliation” by the West in a similar manner?

Lately, analysts have discerned the geopolitical contestation in the Indo-Pacific between the US and China, calling it “the new Cold War” (Brands and Gaddis, 2021). As long ago as in 2005, Robert Kaplan had predicted, “The American military contest with China will define the 21st Century. And China will be a more formidable adversary than Russia ever was (Kaplan, 2005).” The power-play is on. The status quoist West seeking to preserve the established international order is arrayed against the revisionist East, which perceives the current order as unable to meet its aspirations and is thus unfair. Clearly, the existing international system is unable to adjudicate on the legitimacy of the two conflicting perspectives, much less to enforce the will of the international community.

The Ukraine crisis was not triggered by any of Russia’s neighbours, who have become either a victim (Ukraine) or an instrument (Belarus), or those caught in the ‘crossfire’. Ukraine became the victim since it had abandoned nuclear weapons in 1991, and it could not join NATO before the February 2022 Russian military advance. However, the contours of Russian intent were beginning to be discerned as early as with the 2014 annexation of Crimea. It is, therefore, debatable if Kyiv would have attained NATO’s overt military support even if it had joined the collective security organization. In the Indo-Pacific, if China seeks regional preponderance to settle scores with the West for its “century of humiliation”, it is not difficult to guess who the victims and instruments would be. Alike Ukraine, most potential victims in the Indo-Pacific – ranging from India to Taiwan and Vietnam – enjoy no formal security guarantees from the US. Those like Japan, South Korea and the Philippines that the US is formally committed to, are not nuclear weapon States to fend for themselves in the possible scenario when Washington gets ‘cold feet’. Alike Belarus, the instruments for China in the Indo-Pacific could well be one or more of the many: Russia itself, Cambodia, Iran, North Korea, Pakistan, and so on.

A closer look indicates that the potential for an armed conflict in the Indo-Pacific far exceeds what happened in Ukraine. This is an arena where two competing strategies for influence operate: China’s BRI versus the US Indo-Pacific. Choosing between the two has become a major dilemma for the regional countries ranging from the ASEAN to South Korea. First articulated by President Donald Trump in November 2017, the US strategy seeks to contain China through anti-China groupings like the Quad and AUKUS. In February 2021, for the first time ever, the NATO named China (along with Russia) as a security challenge, calling it a “a full-spectrum systemic rival, rather than a purely economic player or an only Asia-focused security actor (NATO, 2020).” In September 2021, the EU endorsed the US Strategy through its own Indo-Pacific strategy, and concurrently launched its “Global Gateway” economic-connectivity plan to counter China’s BRI, in a manner that it would create “links”, rather than “dependencies” (European Commission, 2021). The US considers the BRI as a politico-economic threat that could “push the US away from its current position in the global economy and move China toward the center”; for which, the US must secure its “fundamental interest since World War II (by ensuring) that no single power dominates the Eurasian supercontinent (Hillman, 2018, p. 10).” In Sep 2021, China began an information offensive decrying the newly formed AUKUS saying that it will lead to a dangerous arms race, nuclear proliferation, and will destabilize the region. It is thus unclear whether AUKUS would meet its aim of restraining China’s assertive behaviour or enhance regional frictions. In February 2022, China reacted to the new US Indo-Pacific Strategy by calling it an effort to form an “Indo-Pacific version of NATO” that seeks “to escalate bloc confrontation in the region” (Xinhua, 2022a; Xinhua, 2022b).

The US calls for a “free and open” Indo-Pacific to counter China’s actions in the South China Sea (SCS). “Free” refers to traditional freedom of navigational, and freedom from coercive threats in and from the sea, whereas “open” stands for an environment that facilitates a fair, equitable and inclusive sea-going economic and other forms of enterprise among stakeholders. China counters this by saying that as a major stakeholder in the maritime region, it not only seeks navigational freedoms and a fair sea-borne economic enterprise, but also the freedom from US coercion in the western Pacific. It also says that its interpretation of the UNCLOS on navigational freedoms is more aligned to the positions of other Asian countries, including India, whereas the US has not even ratified the UNCLOS but has been undertaking FONOPs to coerce the regional littorals. This enables China to exploit the fault-lines between the US and its Indo-Pacific partners.

Undeniably, the Ukraine crisis has challenged the UN-based international law and order, denting both jus ad bellum (right to resort to war) and jus in bello (rules of war). A similar potential exists in the Indo-Pacific region. The US alleges that as a revisionist power, China flouts the rules-based order (RBO) in the SCS, and sets a dangerous precedent of ‘might is right’. In 2016, Beijing rejected the international tribunal’s verdict in its legal case against Philippines. At this point, China asks: RBO is based on whose rules? It asserts that the US is asserting rules that were made by the West after World War II to preserve its own entrenched interests. It says that it would follow “universally applied rules of international law” rather than “imposed international law of one single state”. China is now trying to advance its own narrative. During the 2019 International Maritime Security Conference in Singapore, a retired PLA Navy Captain said that the UNCLOS is based on the historic Roman legal system, and is, therefore, an unfair imposition upon “Asian values.” However, this narrative is not without a major flaw. India too represents Asian values, but in 2014, it upheld UNCLOS by accepting the adverse verdict of the international court in its legal case against Bangladesh.

The game of narratives is polarizing the Indo-Pacific region. The US strategy is strengthening China-Russia strategic partnership to become an anti-West military alliance. Whereas the ASEAN Outlook in Indo-Pacific (AOIP) seeks avoid choosing sides between US and China, it is unclear how the ASEAN members would maintain solidarity when individually subjected to differing magnitudes of politico-military pressures from China; for instance, in the SCS disputes. India faces a similar dilemma. In pursuit of its strategic autonomy, India has sought to improve its relations with its super-power neighbour China, but the latter’s salami-slicing across the India-China land border is forcing it to align more closely with the US, thus contributing to regional polarization.

The stated trigger for Ukraine crisis was the treatment of Russian-origin people of Ukraine’s Donbass region. The Indo-Pacific region is not devoid of many such triggers, ranging from Tibet to Taiwan, and the maritime-territorial disputes. The western Pacific and northern Indian Ocean are witnessing a trend of increasing multi-national naval deployments, the FONOPS being conducted by the US Navy, the declaration of ADIZ over disputed territories, all of which adding to the potential for military escalation. The increasing number of submarines in the area is an issue of particular concern, also leading to complexities of water-space management. In addition, the regional waters are replete with examples of ‘grey zone operations’ that could escalate to war due to miscalculation. Such operations also involve the fishermen-turned maritime militia, the nautical version of the shadowy “little green men” who appeared Ukraine before the Russian annexation of Crimea in 2014.

The Eurasian crisis has caused national security insecurities beyond Ukraine across Europe; and through the NATO, also reaching the US. A maritime-military war in the Indo-Pacific will have direct and major national security impact on the entire maritime space of the Indian and western Pacific oceans. It would also have grave consequences for the global economy, including supply-chain disruption, hiking the hydrocarbon prices and inflation, particularly given that the Indo-Pacific contributes to nearly 60 per cent of the global GDP. It will necessarily disrupt sea-borne trade – particularly oil and LNG shipments – across the critical oceanic passages like the Malacca and Hormuz Straits, leading to economic effects several magnitudes greater than the disruption of trade across the Bosporus and Dardanelles Straits and the semi-enclosed Black Sea.

The clear way ahead for the Indo-Pacific region is to press for UN reform to reflect the realities of the contemporary geopolitical environment. This would prevent the P-5 from acting unilaterally in global affairs in a hegemonic manner. This propensity has manifested on numerous occasions, with Ukraine being the latest example. Whereas Art 27(3) of the UN Charter provides for States involved in a crisis (including major powers) to abstain from voting, non-adherence to this rule was tacit ‘marriage of convenience’ among the P-5, who continue to veto any UN Security Council decision against any breech of international peace and security. The regional countries will also need to seek national security through the concept of ‘plurilateralism’, which involves the participation of States in a variety of bilateral and multilateral arrangements in the region, while also maintaining inclusivity and the centrality of ASEAN.

In sum, maritime security in the Indo-Pacific region cannot possibly be assured merely at the functional level through codes of conduct and confidence-building. To focus merely on such non-legally binding mechanisms would be akin to addressing merely the symptoms of the broader geopolitical malaise that effects the world and this dynamic maritime-littoral region.

Kuo, Mercy A., “The Origin of ‘Indo-Pacific’ as Geopolitical Construct,” The Diplomat, January 25, 2018, https://thediplomat.com/2018/01/the-origin-of-indo-pacific-as-geopolitical-construct/

Brown, Ross, “How to Respond to Gray Zone Aggression in the Indo-Pacific,” The Diplomat, February 19, 2022, https://thediplomat.com/2022/02/how-to-respond-to-gray-zone-aggression-in-the-indo-pacific/.

The Economist, “The risk that the war in Ukraine escalates past the nuclear threshold,” The Economist, March 19, 2022, https://www.economist.com/briefing/2022/03/19/the-risk-of-escalation-past-the-nuclear-threshold.

Akbar, MJ, “Is This the Beginning of a New World Order?” Open, March 4, 2022, https://openthemagazine.com/cover-stories/is-this-the-beginning-of-a-new-world-order/.

Captain (Dr.) Gurpreet S. Khurana is a strategic analyst of the Indian Navy. Prior to his current position at NWC, Goa, he was Executive Director of National Maritime Foundation, New Delhi. He specializes in the Indo-Pacific conceptualization, maritime strategy, maritime law and naval doctrine. He also teaches Law of the Sea at Mumbai University.