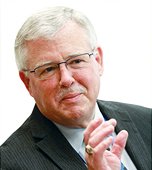 AUKUS and Maritime Security in the Indo-Pacific

The creation of AUKUS, a tripartite partnership between Australia, the United Kingdom and the United States, was a direct response by these three states to the modernization of the People’s Liberation Army Navy (PLAN) and Air Force (PLAAF) and their increasing ability to project power across the Indo-Pacific region.

AUKUS is not a new military alliance but “an enhanced trilateral security partnership” to build on existing bilateral ties. At its core, AUKUS is aimed at deepening trilateral cooperation on a range of security and defense capabilities including “information … science, technology, industrial bases, and supply chains.” Its first initiative is to assist Australia to acquire nuclear-powered submarines.

The PLAN is the largest navy in the world totaling 350 ships and submarines, including 130 major surface combatants. China also has the largest Coast Guard and fishing fleet in the world and is the biggest shipbuilder globally by tonnage. The PLAAF is the world’s second largest.

AS noted by Admiral Philip Davidson, Commander of the U.S. Indo-Pacific Command, in testimony before the Senate Armed Services Committee on March 9, 2021, “In 2019, I reported to this Committee we had lost a quantitative advantage and our qualitative advantage was shrinking across several domains as the People’s Liberation Army (PLA) fields higher quality systems.”

According to Admiral Davidson, the bottom line was clear – “The greatest danger for the United States in this competition is the erosion of conventional deterrence … Absent a convincing deterrent, the People’s Republic of China (PRC) will be emboldened to take action to undermine the rules-based international order and the values represented in our vision for a Free and Open Indo-Pacific.”

Australia’s Defence Minister Peter Dutton noted in March 2022, “Every 18 months on a tonnage rate the Chinese Navy is producing more than what we have in the entire Royal Australian Navy. They are amassing nuclear weapons. They’re amassing missiles. They have hypersonic capability, and they’re involved in coercion … They’re butting up against the Japanese in the East China Sea. There are now 20 points of military presence in the South China Sea …” Subsequently, China deployed its J-20 fifth generation stealth multirole fighter over the East and South China Seas.

Om September 16, 2021, U.S. President Joe Biden hosted a virtual summit with the U.K.’s Prime Minister Boris Johnson and Australia’s Prime Minister Scott Morrison that established AUKUS. According to the joint statement issued by the leaders, a trilateral effort would be undertaken over the next eighteen months “to seek an optimal pathway to deliver this capability.” This deadline has since been brought forward. The three leaders also identified four other areas of collaboration: cyber capabilities, artificial intelligence, quantum technologies, and additional undersea capabilities.

Australia has made it clear that the submarines will be nuclear-powered but not nuclear-armed. These submarines will serve as a deterrent to China as they are stealthier, have greater endurance, and the ability to strike at long distances with cruise missiles than Australia’s current conventional Collins-class subs. Australia’s eight submarines will complicate China’s attempts to exert sea control over the South China Sea. They will also be able to participate in a division of labor with the U.S. and Royal navies. These submarines, however, are not likely to become operational until 2030 if not later.

AUKUS: FLESH ON THE BONES

The work of these high-level meetings focused on two lines of effort.

The first line of effort concerned providing Australia with conventionally armed nuclear-powered submarines “at the earliest possible date.” On February 8, 2022, the Exchange of Naval Nuclear Propulsion Information Agreement came into force. It authorized the sharing of nuclear propulsion information on a trilateral basis. That same month, combined teams from the three countries visited multiple sites in Australia to assess its infrastructure, workforce and industrial capabilities for the construction of nuclear-powered submarines. The findings of these combined teams were reviewed by the Joint Steering Group.

During this seven-month period, Australian personnel were recruited to undertake higher-education and training in nuclear science and technology. Prime Minister Morrison announced plans to build a submarine base on Australia’s east coast and to acquire land adjacent to the Osborne North Shipyard in South Australia to house facilities to construct nuclear-powered submarines. Finally, AUKUS members initiate discussions with the International Atomic Energy Agency on non-proliferation concerns.

The second line of effort focused on the four advanced capabilities approved in September 2021 and four new advanced capabilities. An AUKUS Undersea Robotics Autonomous Systems project was launched with initial trials to be conducted in 2023. The AUKUS Quantum Arrangement will focus on technologies for positioning, navigation and timing. Trilateral cooperation on Artificial Intelligence and autonomy and Advanced Cyber commenced.

The four new areas of trilateral collaboration include: hypersonic and counter hypersonic capabilities, electronic warfare in contested and degraded environments, innovation in defense enterprises, and sharing of sensitive information.

China’s modernization of its naval and air forces has undermined the quantitative advantage historically held by the United States in the East and South China Seas. At the same time, China’s military modernization has begun to close the qualitative gap held by the U.S. In sum, China is rapidly developing the capability to implement an effective sea control and counter-intervention strategy in the first island chain off its east coast.

The formation of the AUKUS trilateral security partnership is a major development that will complicate China’s strategic goals. Australia, the United Kingdom and the United States are now embarked on an unprecedented level of collaboration in cutting edge military technologies and capabilities. As this collaboration turns to practical application in such fields as hypersonics, cyber, quantum computing, and artificial intelligence it will enhance conventional deterrence in the Indo-Pacific.

Carlyle A. Thayer is an Emeritus Professor of the University of New South Wales at the Australian Defence Force Academy Canberra. He is also the Director of Thayer Consultancy, a small business registered in Australia that provides analysis of current regional security issues to selected clients.